“[I] simply picked up what was in the air and gave it back to people in another form." Happy 80th birthday, Bob Dylan. Your songs led the playlist of my youth and decades later many haven't budged. In the photo, I am celebrating you at age 75 in "Forever Young," a special exhibition in the Museum of the Jewish People, then called Beit Hatfutsot, in Tel Aviv. 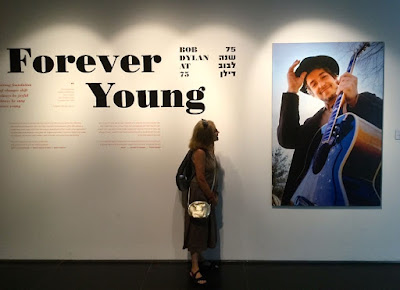 Posted by Tamar Orvell at 2:37 PM No comments: 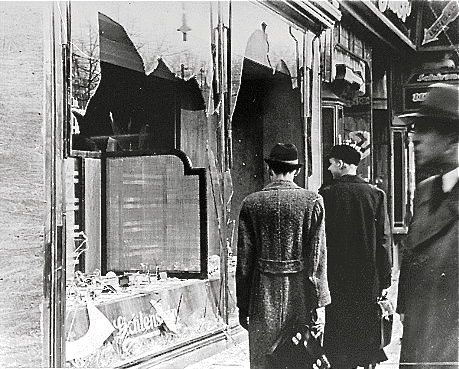 November 9−10, 2020, marks the 82nd Anniversary of Kristallnacht, the beginning of Hitler's Final Solution — the systematic slaughter of six million Jews and millions of other innocent victims. Kristallnacht in German means the “night of broken glass” or crystal (Kristall) nacht (night).

On November 9–10, 1938, Nazi stormtroopers and non-Jewish civilians launched pogroms around Germany and parts of Austria— state-sanctioned organized anti-Jewish persecution and riots. During the two-day attack, 91 Jews were beaten to death, and about 30,000 were arrested and sent to concentration camps. The plundering and destroying of thousands of synagogues and Jewish-owned businesses, community centers, schools, hospitals, and homes shattered windows, carpeting the grounds with broken glass. Hence, the euphemism, “night of broken glass” or "crystal night," Kristallnacht.

Poet, professor, and diarist Karen Alkalay-Gut's parents caught the last bus out of Danzig (now Gdansk, Poland) the night Hitler invaded Poland on August 31, 1939. She dedicates Night Travel to them.

Night Travel
for my parents

On that night in Danzig the trains did not run
You sat in the bus station till almost dawn
knowing that if you could not get out,
the invaders would find you, grind you among the first
under their heels.

Toward morning an announcement came of a bus,
and without knowing where it would go
you raced to the stop.
But the Nazis were there first, and you watched
as they finished their search -
checking each traveler for papers,
jewelry, a Jewish nose.

Among the passengers you recognized
a familiar face - a German woman - sitting
with someone else you'd seen
in the neighborhood.
They winked a greeting,
waited for the soldiers to leave,
and jumped out -
pushing you up in their place.

Thus you escaped to Berlin, remaining alive
by keeping silent through the long train ride
from Berlin to Cologne in a car filled with
staring German soldiers -

And arrived the next day in Holland,
black with fear and transportation. 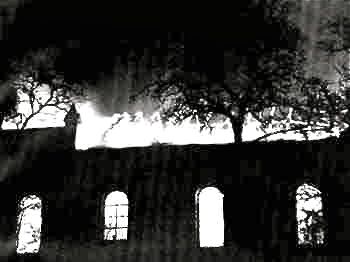 Burning of the Synagogue in Memel, Lithuania

My related posts
Posted by Tamar Orvell at 1:55 PM No comments:

Dr. Ihab Mansoure, a Christian-Israeli Arab from Akko (Acre), performs critical geriatric dentistry with her mobile dental clinic on homebound patients throughout the largest region of Israel, from Be’er Sheva to Ofakim and from Ashdod to Arad.

When you get these jobs that you have been so brilliantly trained for just remember that your real job is that if you are free, you need to free somebody else. If you have some power then your job is to empower somebody else. This is not just a grab-bag candy game.

Posted by Tamar Orvell at 4:50 PM No comments:

In Israel: At a polling station during Israel's parliamentary election 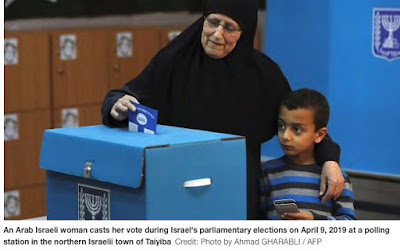 Beautiful brave woman voting while her grandson watches. When he reaches legal age, he will remember this day.
Posted by Tamar Orvell at 11:43 PM No comments: